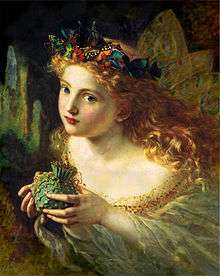 A fairy (also fay, fae, fair folk; from faery, faerie, "realm of the fays") is a type of mythical being or legendary creature in European folklore, a form of spirit, often described as metaphysical, supernatural, or preternatural.

According to Thomas Keightley, the word "fairy" derives from the Latin fata, and is from the Old French form faerie, describing "enchantment". Other forms are the Italian fata, and the Provençal "fada". In old French romance, "fee" was a woman skilled in magic, and who knew the power and virtue of words, of stones, and of herbs.

Faie became Modern English fay. Faierie became fairy, but with that spelling now almost exclusively referring to one of the legendary people, with the same meaning as fay. The word "fairy" was used to in represent an illusion, or enchantment; the land of the Faes; collectively the inhabitants thereof; or an individual such as a fairy knight.

To the word faie was added the suffix -erie (Modern English -(e)ry), used to express either a place where something is found (fishery, nunnery) or a trade or typical activity engaged in (cookery, thievery). In later usage it generally applied to any kind of quality or activity associated with a particular type of person, as in English knavery, roguery, wizardry. In the sense "land where fairies dwell", the distinctive and archaic spellings Faery and Faerie are often used.

Fairies, in the fantasy series Artemis Fowl by Eoin Colfer, are fictional beings, usually shorter than a human, who possess magic properties. The average height of a fairy is exactly 1 metre, one centimetre. All the fairies have retreated below the Earth to escape the destructiveness of the human race. Their underground civilization is centered on the capital city of Haven. Fairies are vernacularly known as the People, and live a life according to the Book of the People. There are 8 recognized families of fairies- Elves, Dwarves, Pixies, Gnomes, Gremlins, Goblins, Sprites and Demons. However, the centaurs have been mentioned several times, as with trolls, and the centaurs' cousins, the unicorns, were killed off, yet they are not recognized.

Races of Fairies and the eight families

In Artemis Fowl and the Lost Colony, it is said that 10,000 years ago, there were eight families (or species) of fairies. It is possible that Centaurs and Trolls used to live not underground but above ground, and were recruited by the fairies for the war against the Mud People (the term used by fairies to address humans). This would explain the links between many animals these two species have, and would explain why they don't have magic. Centaurs are also cousins of unicorns, so they couldn't be in the fairy family without the unicorns. The fairies, however, are mostly humanoid. Warlocks are also part of the fairy world. They are extremely magical fairies that originate under unknown circumstances.

Fairy was built in San Francisco and brought to Puget Sound in November 1853 on the deck of the sailing ship Sarah Warren. The vessel was placed on the Olympia to Seattle run. 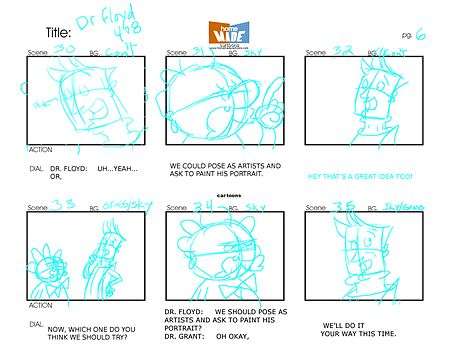 A storyboard is a graphic organizer in the form of illustrations or images displayed in sequence for the purpose of pre-visualizing a motion picture, animation, motion graphic or interactive media sequence. The storyboarding process, in the form it is known today, was developed at Walt Disney Productions during the early 1930s, after several years of similar processes being in use at Walt Disney and other animation studios.

The storyboarding process can be very time-consuming and intricate. Many large budget silent films were storyboarded but most of this material has been lost during the reduction of the studio archives during the 1970s. The form widely known today was developed at the Walt Disney studio during the early 1930s. In the biography of her father, The Story of Walt Disney (Henry Holt, 1956), Diane Disney Miller explains that the first complete storyboards were created for the 1933 Disney short Three Little Pigs. According to John Canemaker, in Paper Dreams: The Art and Artists of Disney Storyboards (1999, Hyperion Press), the first storyboards at Disney evolved from comic-book like "story sketches" created in the 1920s to illustrate concepts for animated cartoon short subjects such as Plane Crazy and Steamboat Willie, and within a few years the idea spread to other studios. 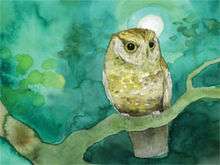 Storyboards is the third full-length album by alternative rock band Sleeping at Last. It was released independently in 2009.

Storyboard is a BBC drama anthology series of 30 minute plays, each written by Troy Kennedy Martin, the first series created by the screenwriter. The series was followed by Studio 4.

All six episodes are missing from the BBC archives.